The city of Flagstaff will enter Stage Two fire restrictions at 8 a.m. on May 26, 2022 in an effort to reduce the potential for unintentional human-caused wildfires within the city limits.

Stage Two restrictions include the following:

As of 8 a.m. May 26th, the Coconino National Forest is in Stage II campfire and smoking restrictions.

It was announced earlier this week that key criteria have been met for the forest to enter restrictions. This decision was made in an effort to protect public health by reducing the number of preventable human-caused wildfires.

Under Stage 2 restrictions, fires, campfires, charcoal, coal and wood stoves are prohibited. Smoking is also prohibited, except within an enclosed vehicle, building or a developed recreation site.

Using a device that is solely fueled by liquid petroleum or LPG fuels that can be turned on and off is allowed in areas that are barren or cleared of all overhead and surrounding flammable materials within three feet of the device. Fireworks are always prohibited on all national forest lands.

Fire restrictions are implemented to help prevent unwanted, human-caused fires and to limit the exposure of visitors during periods of potentially dangerous fire conditions.

Implementation of fire restrictions normally occurs based on a combination of factors that are carefully measured. Criteria used to determine when to implement restrictions include things such as current and predicted weather, fuel moisture, fire activity levels and available firefighting resources.

Additional restrictions may be applied as conditions warrant. More information about the different stages of fire restrictions can be found online. Fire restrictions typically remain in effect until the forests receive significant precipitation, at which time they will be rescinded, and the public notified.

Forest officials would also like to remind visitors that having a campfire on the national forest while under fire restrictions is a violation that can carry a mandatory appearance in federal court. Visitors should use extra caution when recreating on all public lands during fire season.

Know Before You Go! The public can obtain current state and federal fire restrictions information across Arizona on the Arizona Interagency Wildfire Prevention and Information website. 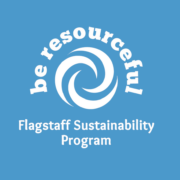 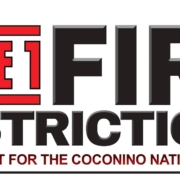 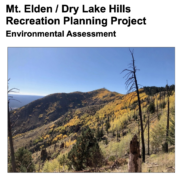 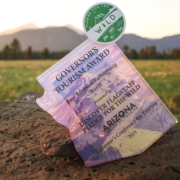 Volunteer Trail Work Days Every Thursday in May!
Scroll to top